Moneybagg Yo, who is a rapper and songwriter, marked his name in the music industry after signing with Yo Gotti’s record label CMG in 2016. His contract with CSG and Diplomat records led to the success of his two projects, Federal 3C, and 2 Heartless. These projects both reached the billboards top 200 and even ranked number 5 and number 16 during its debut.

Moneybagg Yo’s real name is Demario Dewayne White Jr. His records regarding his family background, early life, and education were kept hidden. All that is currently available is his birthday, place of birth, and the fact that he attended high school in his local town. Moneybagg was born on September 22, 1991, in Memphis, Tennessee, United States.

When he signed with SCG in 2016, Moneybagg was able to release three mixtapes called Federal Reloaded, ELO (Everybody Lives on), and All Gas No Breaks. These releases of him mark the beginning of his bright rap career. He even won the Mixtape of the Year award from the Memphis Hip Hop Award for one of his released mixtapes.

Two of Moneybagg's three mixtapes featured several artists within the same industry. Young Dolph and OG Boo Dirty were both featured in Federal Reloaded while Yo Gotti and Migos’ Quavo were featured in ELO.

Moneybagg’s work relationship with Yo Gotti went well and he continued to release another mixtape a few months after the release of his three mixtapes. He released 2Federal which was then followed by the release of Heartless in 2017. His Heartless mixtape also featured another artist such as YFN Lucci and Lil Durk. His last mixtape was able to rank on the Billboards 200.

Moneybagg loves to hang-out with girls. He was always seen hanging out with different girls but he clarified that he is not currently involved in any affairs. Although he explicitly stated that he is single, there are also no reports regarding Moneybagg Yo’s girlfriend. He also mentioned that he already had seven children from four different women.

Moneybagg's career went into a rough ride after he had got arrested together with 27 other people during his mixtape release party due to the weapons and drugs. The planned event didn’t go according to what they expected it to be after several gangs joined the party.

After all his mixtape releases and contract signing with different companies, Moneybagg’s net worth is currently estimated at $180,000. 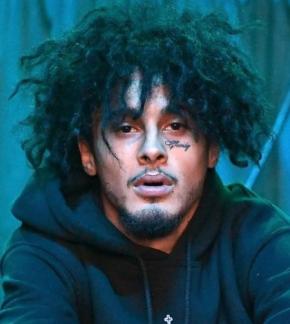