David Darnell Brown is professionally known by his stage name Young Buck. He surfaced as a striking rap artists from Nashville, Tennessee, USA. Aside from being a rapper, he also runs his own music label titled ‘Cashville Records’. He also gained attention while being the group member of UTP Playas and G-Unit. The guy has garnered critical acclaim through his musical hits. He entered the world of professional singing in 1993. Still, he is one of the leading rappers from America. Young is experienced in different music styles, hip hop in particular. He is believed to be a matchless songwriter, singer, and actor.

The multitalented lad has joined hands with different music labels including UTP, Cash Money, Cashville, Interscope, John Galt, Real Talk, Caroline, and G-Unit. The stunner has also performed associated acts with noteworthy stars of the American entertainment industry. Some of the most prominent ones include Starlito, Drumma Boy, G-Unit, C-Bo, Boo Rossini, Ky-Mani Marley, First Born, 615, Outlawz. He has been pretty successful in building numerous professional contacts in the world of American music.

Buck came across legal issues quite a few times throughout his life. He faced legal charges and financial problems. However, the determined rapper remained steadfast instead of all the problems he faced at the beginning of his career. He received multiple gunshots during an invasion at his home in 2000. He needed an urgent blood transfusion after getting those life-threatening injuries. Buck often remains in controversial statements. He has launched many exciting numbers and music albums thus far. Two of his studio albums are titled ‘Buck the World’ and ‘Straight Outta Cashville’. Furthermore, he has released albums while being part of G-Unit.

Who are Young Buck’s Parents?

Born on March 15, 1981, David Darnell Brown opened his eyes to a financially unstable family. He was born and raised in Nashville, Tennessee. The name of Young’s father is James Brown. His mother is known as Audrey Horn. The adorable little kid was very close to his parents after birth. He remained at home most of the time as his mother didn’t want to prone to wicked neighborhoods. However, he got impacted by the neighborhood despite her tireless efforts. That’s the reason why he faced a lot of legal issues and controversies throughout his life. No further information could be obtained regarding Buck’s ancestry or siblings.

Buck was just 12 years of age when he entered the world of rapping. He started writing and performing songs at home. A few years later, he got an opportunity to perform for Bryan Williams (an American rapper). He was the co-founder of the famous music label ‘Cash Money’. After meeting 50 Cent, he signed a deal with G-Unit Records. He gained a lot of good things while being part of Cash Money Records.

Later on, he joined the UTP Records after saying goodbye to Cash Money in 2001. After signing the deal, he got the opportunity to meet 50 Cent. Afterward, the talented guy signed a deal with G-Unit Records in 2003. The guy has also enjoyed his solo career as a rapper. He was fed up switching from one label to another. That’s the reason he decided to pursue a career as a solo artist. After some time, he came back and rejoined G-Unit.

Young has launched two studio albums as a soloist. The name of his first album is ‘Straight Outta Nashville’ which came out on Aug 24, 2004, through Interscope Records and G-Unit Records. It was well-received by music enthusiasts in the United States and beyond. The album was recorded using hardcore hip hop, Gangsta rap, and southern hip hop genres. The full length of the album was 59:15 and included production efforts from Denaun Porter, Sha Money XL, 50 Cent, Red Spyda, Dre & Vidal, Lil’ Jon, and Three 6 Mafia.

Buck’s 2nd studio album was titled ‘Back the World’, which was rolled out on Mar 27, 2007, through Interscope Records, Cashville Records, and G-Unit Records. Songs of the album were recorded between 2006 and 2007. It was a full-length music album with 73:45 minutes of playtime. It also included efforts from different producers such as Vitamin D, Doc McKinney, Jake One, Mark Batson, Eminem, Che Vicious, Tha Bizness, Young RJ, G Koop, Dr. Dre, and Juggalo.

During his stay with G-Unit, Young rolled out ‘Beg for Mercy’ in 2003. It was the debut studio album launched by G-Unit. Songs of the entire album were composed by Young Buck, 50 Cent, and Lloyd Banks. Tony Yayo supported the band and helped them make this album a big hit. He was imprisoned at the time when the album was officially launched to public.

After seeing the unexpected success of their debut studio album, G-Unit made a comeback with their 1st extended play ‘The Beauty of Independence’. On Aug 25, 2014, the EP was released in form of a digital download. It included 6 formerly unreleased tracks. The full length of the extended play was 21:28 and it consisted of hip hop style of music.

G-Unit launched their 2nd EP under the caption ‘The Beast is G Unit’ on Mar 3, 2015. It proved to be a great hit by the American hip hop group. The full length of the extended play was 22:23 and it was produced by Honorable C.N.O.T.E, Swiff D, Ky Miller, Jake One, Illmind, MistrAdams, and Chris Major.

Who is Young Buck Dating?

The world-famous rap artist has been in alleged relationships with more than a couple of women. According to reports, he has been in a relationship with a transgender girlfriend for some time. She told a lot of interesting things about the rapper through a video. Some people call him gay. However, the rapper has not confirmed anything in this regard as yet. He is neither married nor engaged to anyone. He is supposed to be single at the moment.

How much is Young Buck's Net Worth?

Young Buck is one of the leading rap artists from the United States of America. He has been a part of different musical groups in the past. He also launched interesting songs during his professional career as a soloist. Music is the main source of income of the rapper. According to recent information, he owns an estimated net worth of $100,000. 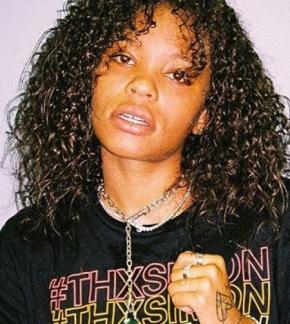