Kodie Williams is a spectacular female rap artist from the United States. She emerged as a striking rapper in a male-dominant music society. Born and raised in Atlanta, Georgia, Shane was influenced by other rappers who belonged to her neighborhood. She garnered critical acclaim through her striking singles such as ‘Start a Riot’, ‘Hold Up’, and ‘Drip on My Walk’. These helped her gain a prominent status among other rap artists. The 21-year old female rapper was originally named Kodie Williams. However, she prefers using ‘Kodie Shane’ as his professional name.

Kodie was born in Atlanta but grew up in Chicago. She received singing inspiration from her father, Danny C Williams, who was a prominent member of Detroit-based male vocal group. He is the one who motivated his daughter to take up music as a profession. She was keenly interested in music during the early days of her life. She always listened to sensational music artists and followed their style. After discovering a great passion for singing, she made up her mind to pursue a career as a professional rap singer. Her sister, Brandi, also joined the music industry and showed exceptional musical talent.

Shane is best known for her spectacular labels such as ‘Zero Gravity’, ‘2060’, ‘Back The Future’, and ‘Little Rocket’. The extremely talented lady has recently entered the professional music industry. She is learning a lot of new things from fellow singers. Kodie wants to see herself among top rap artists of the American rap world. She is focusing on her upcoming albums and tracks to make the maximum attraction from all over the world. Recently, she has signed a record deal with Epic Music Records.

Who are Kodie Shane's Parents?

Shane was born on Oct 28, 1998, in her hometown Atlanta, Georgia. She is the beloved daughter of famous former musician and band member ‘Danny C Williams’. She received her name from grandfather. The girl was a toddler when the entire family relocated to Chicago, Illinois. Kodie’s mother manages her professional career. She takes care of her daughter and supports her through all circumstances. Her aunt, Cherrelle, is also a famous R&B singer. She received critical acclaim through some of the most striking numbers.

Kodi’s sister, Brandi, has been a prominent member of a girl group called ‘Blaque’ from 1999 to 2004. The name of his older brother is Lil Wop, who gained the attraction of music circles through his stage name ‘The Wopster’. Famous Dex is her cousin who is best known as a drill rapper ‘Black Migo Dex’. The entire family is in the professional music industry. So, she had a lot of good reasons to become a part of the American hip hop world.

Shane was just 14 years of age when she entered the American music arena. At the beginning of her professional endeavor, she worked as a songwriter for D.Clax and Matty P’s production studio ‘Greystone Park’. Kodie’s musical efforts were presented in front of Coach K, who was literally impressed by her surprising talent. Coach K is one of the prominent names of the American singing world. He is responsible for managing the famous hip hop collective ‘Migos’ and rap artist Gucci Mane. All the American rappers seem him with respectful eyes. Coach K finally worked as a mentor of Kodie. This was no less than a big achievement for the struggling girl.

After getting inspired by the romantic comedy-drama movie ‘Don Jon’, she started to call herself ‘The Don’. She signed a record contract with Epic Records in 2015 under the professional name Kodie Shane. She didn’t adopt the name ‘The Don’ as her stage moniker. The girl kept launching her musical compositions under the caption Kodie Shane.

Coach K, who is well-known among rappers in America, introduced Kodie to Lil Yachty at the beginning of 2016. Soon Shane started to enjoy working with Yachty and both built a strong connection with each other. Yachty included the talented young lady in his ‘Sailing Team’ crew. The entire crew consists of an energetic team of young rappers and producers. Some of the most noteworthy names include Jban$wTurnt, BigBruthaChubba, K$preme, TheGoodPerry, $oop, Byou, and Kay the Yacht. Kodie was privileged to be the only female rap artist of this spectacular crew of talented musicians.

Kodie launched her extended play ‘Zero Gravity’ in December 2016 via Epic Records. Five mesmerizing tracks were included in this extended play. These were titled ‘Sad’, ‘A-OK’, ‘Losing Service’, ‘Drip on My Walk’, and ‘Can You Handle It’. Her world-famous album titled ‘Big Trouble Little Jupiter’ came out on Jan 17, 2017, via Young Heart Throb and Greystone Park. Ten outstanding tracks were included in the album. Some notable ones include, ‘Be With or Without, and ‘Like a Rockstar’. On Aug 25, 2017, Shane launched her album with caption ‘Back from the Future’ via Epic Records. It consisted of 7 melodious tracks including ‘You Should Know’, and ‘Get Right’.

Does Kodie Shane have a Girlfriend?

Unlike many other female artists, Kodie doesn’t seem to be interested in the opposite gender. According to authentic information, she is a lesbian who likes being in a relationship with beautiful girls. Some sources suggest that she is dating the beautiful fellow artist Skye Morales. The duo has been spotted together in many music videos. They love spending time with each other. However, nothing can be said certainly about the future of their romantic association.

How much is Kodie Shane's Net Worth?

Kodie’s father achieved so many wonderful things in his professional music career. That’s the reason he induced his beloved daughter to chase her financial dreams by becoming a professional rap artist. Shane began working sincerely on her lyrics and compositions at a young age. She always wanted to make her father feel proud. The stunner turned out to be successful in her professional endeavors. She garnered critical acclaim through her mixtapes and albums that she has launched thus far. Kodie Shane owns an estimated net worth totaled at $100 thousand. Her assets are likely to bump up in the next few years. 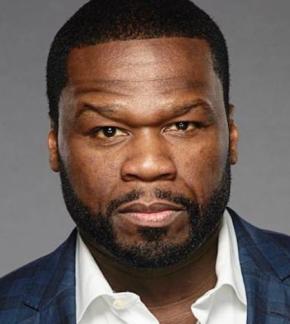