Who is Tate McRae?

Tate Rosner McRae is a Canadian-born dancer, singer, and songwriter. She was born on the 1st of July, 2003.

She is Canadian by nationality and white by ethnicity. Her religion is Christianity.

Who are Tate McRae's parents?

Singer and dancer Tate McRae was born into an ordinary Canadian family. Her mom is Tanja Rosner. She is German by ethnicity. Tanja owns a dance studio. Tate's dad is Todd McRae. He is Canadian with Scottish descent. Tate McRae also has one sibling, a brother, Tucker.

Her birthplace is the Canadian city of Calgary. But years later, after her birth, the family moved to Oman, where Tate attended a local high school. She completed her education in 2021.

Tate McRae became a successful singer in 2022, collaborating with many well-known artists. Most of her songs have appeared on many charts, especially on Billboard. She started singing in 2017, and she has already released one studio album, two EPs, and many singles. Tate is signed to RCA Records.

Tate started dancing when she was six years old. Her mom was the owner of the dance studio, so maybe that is why she loved to dance. In 2013, she got an award for participating in the 2013 Dance Awards. Tate was also participating in New York City Dance Alliance's 2014 National Gala, where she became a finalist. Throughout her career, Tate McRae performed in many dance shows, competitions, and projects.

As of July 2022, Tate McRae is single. Information about her past relationships is unknown.

How much is Tate McRae's net worth?

As many resources say, Tate's estimated net worth may be over $2 million in 2022. 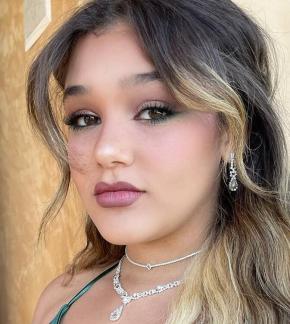