Eddie Benjamin is an Australian-born music producer and musician. He was born on the 16th of January 2002. He is of Australian nationality and white ethnicity. The faith he believes in is Christianity.

Eddie started taking the first steps of his singing career when he was only 14. He played in local clubs in Sydney. He completed his high school education in his hometown (which is exactly unknown). He also attended secondary college in Rose Bay. There he met people with whom he created a band, named Haze Trio.

His music career as a singer started with the group named Haze Trio. He was a former member of the group, but then he decided to try himself at songwriting. He has worked with such artists as Shawn Mendes, Justin Bieber, and Meghan Trainor. In 2020, he finally released his debut single, "Fuck My Friends. In 2021, he wrote a studio EP, "Speechless." He is signed to Epic Records.

Yes, as of September 2022, Eddie is still in a relationship. He is dating Maddie Ziegler, who is an actress and dancer. They have been dating since 2019. Eddie's past relationship details are not known. 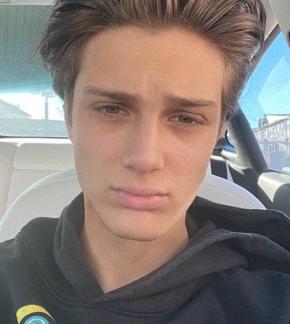