Alex Jones is an American radio show host, best known for his controversial far right conspiracy theories and dramatic delivery. He hosts The Alex Jones Show, which airs on the Genesis Communication Network, and also runs a website called Inforwars.com.

Alex Jones was born in Dallas, Texas in 1974. He has English, Native America, German, and Welsh heritage, and was a lineman on his high school’s football team.

A formative event during his youth, was when he read the book None Dare Call It Conspiracy, by Gary Allen. This had a huge impact on his own thinking.

After graduating high school, he briefly attended Austin Community College, but dropped out before competing his degree.

Jones began his radio career in 1996, after switching from a live, call-in television program. His first radio show was called The Final Edition, and aired at the same time that Ron Paul was running for Congress.

In 1999 however, he was fired from the station (KJFK-FM) when he refused to broaden his range of subjects, and to soften some of this more controversial views, which reportedly made his programs ‘difficult to sell to advertisers’.

Later in his career, Jones began to broadcast his show from his own home.

In 2016, Alex Jones announced his support for Donald Trump during the election campaign in 2016. This was following a ‘bond’ formed with the president in 2015, after the candidate had appeared on his show. Jones claims that Trump called him the day after his election to thank him for his help.

However, Jones would go on to criticise the president during a livestream on April 2018 for his military strike against Syria.

Jones is a father of three children from a failed marriage, and was divorced from his ex-wife Kelly Jones in 2015. Kelly attempted to win sole custody of their children, citing his behaviour and ‘instability’ as her reasons. Alex’s attorney defended him by stating that he was playing a character – which he himself would later dismiss as inaccurate in court.

Alex Jones holds a number of right-wing and conservative views, described by many as alt-right and extreme. Jones describes himself as libertarian however and a paleoconservative.

He is a vocal advocate of gun rights, opposed to vaccines, and proponent of the white genocide conspiracy theory.

“I see through your lies Barack Obama you WICKED WICKED DEVIL!!!”

“Look, when you realize how fake it all is; the football, the basketball, the Lady Gaga, the Justin Bieber—you know, who gives you these carbon tax messages. They tell your kids they gotta love Justin Bieber [sic], and then Bieber [sic] says "hand in your guns", "pass the Cyber Security Act", and "the police state is good", and then your children are turned into a mindless vassals—who now, they look up to some twit, instead of looking up to Thomas Jefferson, or looking up to Nikola Tesla, or looking up to Magellan; I mean, kids, Magellan is a lot cooler than Justin Bieber!”

Alex Jones has appeared across various forms of media, other than his own radio show. These include minor roles in a number of films such as A Scanner Darkly, as well as documentaries. He is also the author of two books: Descent Into Tyranny, and The Answer to 1984 is 1776. 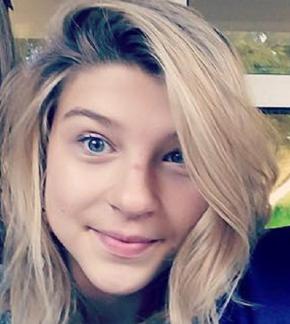