Dane Cook (whose real name is Dane Jeffery Cook) was born in the city of Cambridge in the state of Massachusetts located in the United States of America on the 18th of March, 1972. He is a famous and a top-class stand-up comedian. He is also a great movie actor and has also performed in many movies in which he gave a World class performance.

How many comedy albums has he released? He has made 5 comedy albums which were very famous. One of his comedy albums became the highest earning comedy album in the last 28 years. The name of the album is Retaliation and it was released in the year 2006 He also earned a platinum award for his performance in this album. He has an excellent observation and is well-known for his use of vulgar and dark comedy.

Who are the parents of Dane Cook? Not much has been revealed by Dane about his father and mother except for their name. It is so because he keeps his personal information secret. The name of his father was George Jeffery Cook. He died in the year 2007. His mother’s name is Donna Jean. She died one year earlier to George in 2006.

How did he become such a bold actor? In an interview, Cook said that he felt very ashamed and shy while talking to people when he was a child, but still he was the leading gangster in his house. Later he started performing comedy acts and different roles as an actor in his school which led to the increase in his confidence and soon, he left shyness behind to conquer the world.

Had he any back-up plan for his future? Cook graduated from college and then started studying the course of Graphic Designing. He did so because he had no idea whether he could get a chance to showcase his talent as a comedian. Hence, he learnt Graphic designing so that he could earn a living for himself. But now after becoming a famous comedian he still uses his Graphic Designing skills by designing the logos and all the other graphics all by himself.

Cook was born in the city of Cambridge in the state of Massachusetts located in the United States of America on the 18th of March, 1972. Cook was running a successful business along with his brother Darryl but this partnership did not last long. In 2008, Cook discovered that his brother and his wife had illegally stolen millions of dollars from the earnings of Cook. They were found guilty after investigation and were jailed due to their crime.

How did Cook start his career as a stand-up Comedian?

Cook professionally started his career as a stand-up comedian in 1990 by performing in many known clubs of comedy. He started performing in functions to get his identity known to everyone in the World. He had a difficult journey but earned a lot of fame afterwards.

Did he go through any mishappiness in life?

So, before they could even perform people started misbehaving and throwing different items such as shoes lighters etc. in which Cook received minor injuries. Cook was hurt internally after this incident and almost lost his heart. But later he promised himself that one day he will fill the whole stadium for his show. Afterwards he also succeeded in his mission and filled the whole arena of The Boston Garden.

Is Dane Cook married or in a relationship?

Does Dane Cook have any kids? Dane Cook is not married but he is in a relationship with the famous Hollywood singer named Kelsi Taylor. He has been in a relationship with her for 1 year but still they do not have any kids. They feel happy being in the company of each other and are living a happy life. At the moment they have no kids but we should wait and watch the future.

Where is he living now?

At present Dane Cook is living in a house that is present in the city of Los Angeles in California. He purchased this house on the orders of the jury of the court because he lost the case. 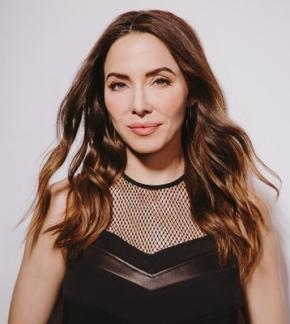