Draya Michele is a famous model, media personality, fashion designer, reality TV star actress from the United States of America. She was born on January 23, 1985 in Reading, Pennsylvania. She is also known as Andraya Michele Howard or simply Michele. The stunning girl rose to fame with her appearance in the reality television show ‘Basketball Wives: LA’. It has been observed that majority of reality stars go in the background after their reality television series is over. However, that’s not the case with this stunner. Her popularity gained more momentum when she completed the TV show.

Michele is not just a showbiz personality, but she is also a successful businesswoman. She owns three famous clothing lines including, Mint Swim, Fine Ass Girls, Beige and Coca. She is still in the acting world after completing her TV series. The girl has appeared on more than a few television series and movies since she started her career as an actress. Some of her guest appearances in TV shows include Bring out the Lady (2016), Will to Love (2015), Bring out the Lady (2016), and The Perfect Match (2016).

The girl has gained a lot of fame due to her appearance in multiple shows and public events. She is also a well-known fashion designer and model. Draya had to face problems in the beginning of her professional career. She was a skinny girl, and this caused a lot of issues in her modeling career. She has a long neck, which caused her to get rejected from different acting opportunities.

Who are Draya Michele’s Parents?

Draya Michele was born to an Italian mother in Reading, Pennsylvania. Her father belongs to an African origin and that’s why considered to be from African-Americans. The girl had very serious interest in skincare from her early childhood. She used to pay attention to her skin, even though she had a dark complexion. She attended some beautification courses during her school days. Draya hasn’t disclosed names of her parents. So, no further information is available about them.

Michele, in her childhood, was interested in becoming a musician. She practiced singing and songwriting as well. Nevertheless, she didn’t pursue her singing career as her voice wasn’t smooth enough to make an impact in the music industry. After her education, she moved to Los Angeles to explore career opportunities. She still lives in LA, California with her sons, Jru and Kinko.

After getting inspired by the renowned celeb Victoria Beckham, Draya started to think about becoming a fashion designer and model. She had to start a rough modeling career due to skinny figure. She wanted to be featured in a few magazines, so she sent out her photographs to these magazines. Unfortunately, she was rejected due to her extra-long neck. The good thing about Michele is that she never got disappointed by sarcastic comments people made about her physique. She kept trying and sent proposals to various fashion and modeling agencies. Finally, the day came when she got selected to appear as a model in music videos.

She got featured in music videos of big stars including Nicki Minaj, Usher, Kanye West, Jay-Z, and The Game. It was no less than a ‘Dream come True’ feeling for Draya. She was really excited to work in such projects. After being featured in some of the hottest music videos, she started to gain popularity across the United States. Her next milestone to achieve was to appear on magazines. This time around she was selected to appear in popular men magazines including, XXL, King, Black Man, and Show.

In 2011, Michele got the opportunity to work in a reality television series titled ‘Basketball Wives: LA’. This proved to be a turning point for struggling actress. She made her way to every home through TV in the United States. People started to know her for amazing acting skills that she showed in the reality show. In 2015, she decided to stop working in the reality series in order to pursue her career as an entrepreneur. Eventually, she launched her swimsuit and clothing lines. The girl wasn’t beautiful enough to turn eyes, however, she gained success due to her dedication and business practicality nature.

Apart from acting and modeling, Draya has also shown her dedication towards designing. She proved herself as the perfect designer in no time. She developed a perfect line of clothing that she designed herself. The girl has established her brand very quickly. Now, she designs for many renowned celebrities. That’s the reason Draya’s fans keep asking her about the latest fashion trends through social media platforms.

Draya’s name has been linked with many renowned male celebrities in the past. She has been connected with stars like Keynon Martin, Wiz Khalifa, DeShawn Stevenson, French Montana, Ray J, Bernard Berrian, and Gilbert Arenas. In 2011, her relationship with Chris Brown became a hot topic after the girl made an appearance on the ‘Wendy Williams Show’.

Michele began dating another star of the industry in 2013, and this time around she started an affair with Orlando Scandrick. He was the cornerback player of the Cowboys football team (Dallas). Both of them tied the engagement knot in 2015. On April 8, 2016, Draya gave birth to Orlando’s son ‘Jru’. She has another son named ‘Kinko’, who born when Michele was just 17 years of age.

What is the Net worth of Draya Michele?

The girl has made a lot of money from acting, modeling, fashion designing, and her own lines of clothing. She is a businesswoman who constantly keeps thinking about money-making ideas. Despite of a lot of controversies, she has managed to elevate her professional life. According to authentic information sources, Draya Michele’s net worth is estimated to be around $1 million. She is going to launch other clothing lines, which will help her grow capital in the next couple years. 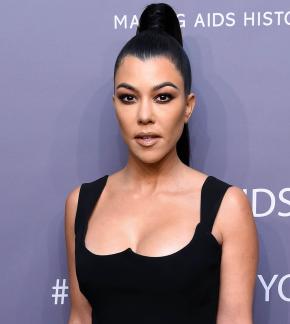