Paris Jackson, originally named Paris Michael Katherine Jackson, is the beautiful American actress and model. She is popular for being the only child and the second child of Debbie Rowe and Michael Jackson. Paris has been fully active in the professional world since 2003. She is famous all over the world for her association with King of Pop, Michael Jackson. She has been very close to her father since her birth. She has been successful in creating an exclusive identity as a model and actress. She was a little girl when her parents parted their ways due to irreconcilable differences. After the separation, Michael Jackson took responsibility for her upbringing. She always expresses gratitude for her legendary father.

The unfortunate incident of her father’s death was no less than devastation. It took her more than a few months to realize the situation and recover from trauma. She decided to stand on her feet and earn a livelihood. She started her endeavor as a model and actress in the US. Paris spent a very restricted childhood because of continuous threats of kidnapping. Everyone knew that she was the daughter of a billionaire celebrity. That’s the reason Paris was kept under tight security. She has appeared in a couple of documentaries created about her father’s life. She also made a few appearances alongside Michael.

She has signed a contract with IMG Models, a modeling agency based in New York, London, Paris, and Sydney. In 2003, the superb model appeared on a television documentary titled ‘Living with Michael Jackson’. The same year she got featured in another documentary ‘Michael Jackson Private Home Films’. She has worked in many other television series, music videos, and big-screen films. Paris won 2017’s ‘Emerging Talent Award’ from the daily Front Row. Furthermore, she received the nomination of the ‘Choice Model’ at the Teen Choice Awards 2017.

Who are Paris Jackson's Parents?

Paris Jackson is the second kid and the only daughter of the world-famous King of Pop, Michael Jackson. Her father was a prestigious dancer, songwriter, and singer from the United States. He has a massive fan following from all around the world. Michael was considered as one of the most important cultural figures lived in the 20th century. The name of her mother is Debbie Rowe, who lives in Palmdale, California. Paris was born on Apr 3, 1998 in Beverly Hills, California. Michael and Debbie named their daughter after the capital city of France. The name was given to the little one even when she wasn’t born.

Being the middle child, she received a lot of love and respect from her parents. The name of her older brother is Michael Joseph Jackson while her younger brother is known as Prince Michael Jackson II.

After the divorce of parents, Paris was raised by her father Michael Jackson alone. Jackson was authorized to exercise full custody rights of Paris after the divorce in 1999. According to alleged reports, Debbie married Jackson just for the sake of money. However, Michael wanted his children. Paris spent her childhood at the Neverland Ranch, California with siblings and father. Michael Jackson made Macaulay Culkin and Elizabeth Taylor the godparents of his beloved daughter and son Prince. The kids of the pop king wore masks in public to hide their identity. Michael died on Jun 25, 2009. The grandmother of kids took the responsibility of their upbringing after the unfortunate death of Michael Jackson.

In 2011, Paris received an opportunity to work as a child artist in a fantasy movie titled ‘Lundon’s Bridge & the Three Keys’. Unfortunately, the movie was never produced. In January 2017, she made a mesmerizing appearance on Rolling Stone’s cover. It’s a monthly magazine published in the United States.

In March 2017, the stunner signed a modeling deal with the reputable modeling agency ‘IMG Models’. She has adorned many American magazines with her exceptional beauty. She appeared on magazine covers and print media ads. The girl has also served as a front-face for many renowned brands. She still works under the IMG models.

Jackson still considers herself as an Afro-American. Michael immersed her in the Afro American culture. She became a drug addict at the age of fifteen. Becoming an intravenous drug addict was no less than destruction for her personal and professional life. According to information sources, she attempted suicide quite a few times in her life. She claims herself to be among the LGBTQ+ community. She also confirmed herself as a neutral person. She unveiled her crushes on different girls when she was just 8-year old girl. She has also been spotted girls publicly. However, she doesn’t call herself bisexual but loves people for what they are. She has been romantically involved with boys and girls. According to the latest information, she is dating her bandmate named Gabriel Glenn.

How much is Paris Jackson's Net Worth?

Paris opened her eyes to a well-off family. Her father is one of the richest musicians ever lived in the world. She didn’t have any financial constraints at the beginning of her life. She also received her part from her father’s assets. The self-determined model worked harder and made an exclusive identity in the American showbiz industry. Today, she owns a total net worth of $100 Million dollars. 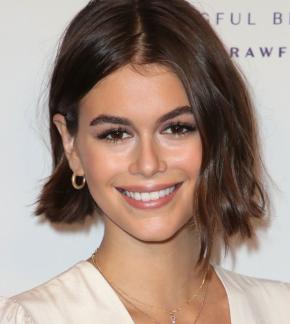