Kaia Jordan Gerber, professionally famous as Kaia Gerber, is a beautiful actress and model from the United States. She is famous for being the offspring of Cindy Crawford and Rande Gerber. The 18-year old model is taking steps forward to climb up the success ladder. She has proved her ability to shine like a star in fashion sky. The striking girl came to prominence with her roles in Sister Cities, Rich Kids of Instagram, and Saint Laurent: Summer 2019. She has beautiful brown eyes and silky brown hair, which add more to her seductiveness.

Gerber had to struggle a bit when she started her professional journey. However, she remained determined and never looked back. She didn’t face financial restrictions because she opened eyes to a well-off family. The only thing that bothered the sweet girl was the availability of the right modeling opportunities. Finally, she signed a contract with renowned modeling labels. Kaia is signed to VIVA Model Management and DNA Model Management. She gets back to back noteworthy opportunities to appear on fashion shows and walk the runways.

Kaia is known for her bizarre tattoos that she has on her body. She got a wide range of tattoos on different body parts when she was just seventeen years of age. The celeb girl received a tattoo of her brother’s name in September 2019. Kaia is lucky enough to work for some of the most prestigious names of the fashion world at such a young age. She has modeled for Vogue, Pop Magazine, Teen Vogue, Calvin Klein, and many others. She has started to grab the media’s attention and make her parents feel proud. The unmatched beauty has extraordinary skills that help her in acting and modeling.

Who are Kaia Gerber’s Parents?

Kia Gerber was born on Sep 3, 2001, in United States. She is the adored daughter of Rande Gerber and Cindy Crawford. Her father, Rande, was a previous male model. He has become a business tycoon with a large business empire. Her mother, Cindy, is a supermodel and actress. She is good standing in the American showbiz industry. Kaia’s father came from a Jewish background. Her mother, on the other hand, came from French, German, Danish, and English ancestry. Rande is a practicing Jewish while Cindy is still a Christian. That’s why the young model has been brought up in both ways.

Gerber is the younger sister of a famous model named Presley Gerber. Kaia entered the modeling world at the age of ten when she joined the junior line of Versace. It means she became an important part of ‘Young Versace’ when she was just 10-year old. The stunner entered the acting world when she was just 15-year old. She took her acting start with American TV film ‘Sister Cities’. Due to professional busyness, she takes online classes from Malibu High School. The model is equally focusing on her professional and educational careers.

Gerber posed for several prominent fashion magazines at a young age. She became a prominent part of Vogue, Pop Magazine, and Teen Vogue. The girl appeared on many print advertisements even before reaching 15. She made her catwalk debut in 2017 when she walked for top brands such as Calvin Klien, Fendi, Burberry, Coach, Marc Jacobs, Alexander Wang, Chanel, Prada, Versace, and Moschino. Kaia’s mother also accompanied her while walking down the ramp during Spring Fashion Week in 2018.

The amazing Gerber adorned the cover of Vogue Paris in February 2018. Furthermore, she got featured in spring campaigns of Versace, Omega, Marc Jacobs, and Calvin Klein. The stunner also led the promotional campaign for Marc Jacob’s impressive fragrance titled Daisy. She joined hands with Karl Lagerfeld for the creation of KarlxKaia Collection, which was her first collection. Kaia broke popularity records set by striking American personalities such as Bella Hadid, Kendall Jenner, and Gigi Hadid. She garnered greater social media engagement than all other models.

At Fashion Awards 2018, she received the title ‘Model of the Year’. In July 2019, Gerber got featured in John Eatherly’s music video ‘Burnout’. This was the first time she ever appeared in a video song. It is slightly unusual to see a young girl achieving a lot of wonderful things in life even before reaching twenty. Kaia is enjoying a successful professional experience and making progress by leaps and bounds.

Kaia Gerber is a young girl who just got 18-year old. She is too young to fall in love with someone. The first priority of the stunner is to concentrate on her professional career and make the most of her outstanding modeling skills. She loves getting tattoos on her body. Recently, she got a tattoo of her brother’s name. According to the information gathered recently, she is said to be in an alleged relationship with Pete Davidson. Both of them have been spotted together at a dinner in New York City. Previously, Pete was in a relationship with Margaret Qualley (Emmy nominated actress). Although none of the two have confirmed their romantic association, yet media believes them to be in a relationship.

How much is Kaia Gerber's Net Worth?

The talented and young Gerber has turned to be an awesome model and actress. She has worked as a model for leading companies and brands. In 2016, she worked as young Carolina in the drama television movie ‘Sister Cities’. It was directed by Sir Sean Hanish. Other co-stars of the movie were Michelle Trachtenberg, Jess Weixler, and Stana Katic. Gerber was born to a rich family and she received a decent amount of money from her parents. Today, she owns an accumulated net worth of around $200 Million. That’s the reason she is one of the richest teenagers from the United States. Her mother, Cindy, has a net worth totaled $100 Million. She is also one of the richest models of the country. Her father, Rande Gerber, also owns a $100 Million net worth as of 2019. 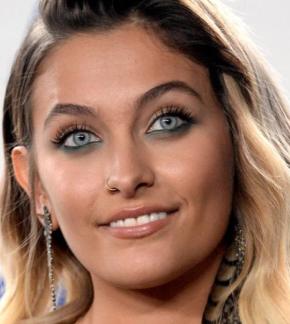