Miranda May Kerr, professionally famous as Miranda Kerr, is the spectacular American model and socialite. In 2007, she received global recognition after winning the title of Victoria’s Secret Angel. She became the first girl from Australian who received the title of Victoria’s Secret angel. She also promoted the famous Australian departmental chain, David Jones. After getting popular, the smart entrepreneur released her own brand, KORA Organics. The company deals in organic skincare products. The stunner has also written a self-help book to assist girls who need help with their beauty concerns.

Kerr was just thirteen years of age when she stepped into the world of modeling. She was influenced by the latest fashion trends and always wanted to look like famous celebs. In 1997, she won the Dolly Magazine search competition. According to Forbes, Miranda is one of the highest-earning supermodels in today’s world. She has been consistently appearing on the list of Forbes’ richest models. The glamorous girl has brown hair and blue eyes, which add more to her beauty. She signed contacts with Traffic Models and IMG Models. The chic lady received so many work opportunities to advertise products and services of prestigious brands from around the world.

Apart from being a trend-setter, she has also showed her acting skills in the film world. She began her acting journey from 2013’s crime movie ‘The Bling Ring’. It was directed, produced, and written by Sofia Coppola. Kerr played role in the archived footage. She has also appeared in a number of sought-after television series. In 2007, the star made her debut on television by appearing in an American sitcom ‘How I Met Your Mother’. She has also shown her exceptional acting talent in a few other TV series.

Who are Miranda Kerr's Parents?

Kerr was born on Apr 20, 1983 in Sydney, Australia. The girl spends early days of her life in Gunnedah, New South Wales. The name of her mother is Therese and her father is known as John Kerr. Kerr’s mother was just seventeen years of age when she gave birth to her daughter. The model belongs to English descent, with little amounts of French and Scottish ancestry. Kerr used to be a very active girl during her childhood. She used to ride horses on the ranches of her grandmother and drove motorbikes. She lived a life of freedom and did everything that she wanted to do.

The entire family relocated to Brisbane so that Kerr and her brother can adapt to city life. In 2000, she completed her graduation from All Hallow School. The model studied health psychology and nutrition before starting a career as a professional model. She is also known by her nickname, Randa. She loves to spend time in Australia and the United States. However, currently, she is residing in Los Angeles, California, United States.

Miranda’s modeling career contains a lot of wonderful accomplishments. She was just a 13-year old girl when won the annual Dolly Magazine model competition in 1997. She went to Sydney just before her fourteenth birthday in order to shoot for the prestigious magazine. The local media started to argue about her young age after the little girl became the winner. Her age became the point of concern for Australian media and news agencies. A lot of debates were recorded regarding the glorification of teenage girls within the modeling, fashion, entertainment, and beauty industries.

Kerr signed a deal with the Sydney division of Chic Management. Her exposure was increased after she created a complete series of beachwear advertisements for Billabong, the Australian surf company. In 2001, the spectacular beauty also became the brand ambassador of Seafolly, which is Australia’s most preferred swimwear brand. The stunner started to hover over the Asian and Australian markets. After conquering the homeland and neighboring countries, the impressive girl switched to New York, United States. She co-owned the Bowery Ballroom (a live music venue) while staying in New York City.

Soon after entering the US fashion world, she began to get traction from the audience, brands, and companies. She walked down the runway for multiple brands and signed a deal with Next Model Management at the beginning of 2004. While working under the modeling agency, she received manifold requests for print ad campaigns and fashion show runways. Kerr worked for more than a few well-known brands including, Trelise Cooper, L.A.M.B., Bettina Liano, Nicola Finetti, Voodoo Dolls, Alex Perry, Lisa Ho, Neiman Marcus, Jets, Anna Molinari, Ober Jeans, John Richmond, and Seafolly Swimwear. She became the first-ever Australian model to become Victoria’s Secret Angel in 2007.

Miranda, being one of the most exceptional and glamorous models, has attracted millions of hearts from around the globe. Many male celebrities from Australia and United States have showed love for the stunning woman. Blue eyes and dimples on her cheeks make Kerr look more captivating. In 2003, the Aussie beauty dated the business tycoon, Adrian Camilleri. He was found guilty of fraudulent behavior after an investigation carried by the Australian Securities & Investment Commission.

She kept dating the Aussie model Jay Lyon from 2003 to 2007. He was the lead vocalist of the famous musical band Tamarama. She also starred in his video titled ‘Everything to Me’. In late 2007, Kerr started dating the popular English actor named Orlando Bloom. In 2014, she showed her interest in bisexuality openly in an interview. In 2015, she started dating the Snapchat co-founder and CEO, Evan Spiegel. She has mothered three children from Orlando Bloom and Evan Spiegel.

How much is Miranda Kerr's Net Worth?

According to Forbes, Miranda is one of the highest-paid professional models in today’s world of modeling. She gets a huge amount for appearing in print ads and walking down the runway at fashion events. The girl has also been the brand ambassador for many renowned brands. She has started her own businesses to add more to her bank balance. According to the recent figures, Miranda is the owner of USD $45 Million. 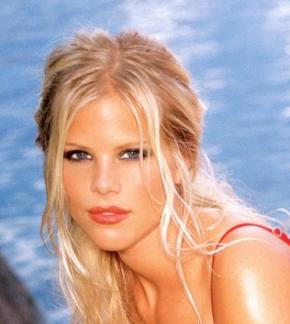