Here comes the Gaten Matarazzo, also known as Gaetano John Matarazzo III. He is a prestigious American singer and actor. Professional career of the young artist started with the Broadway stage. He surfaced as Benjamin in a musical titled ‘Priscilla, Queen of the Desert’ and gained further acclaim through her performance as Gavroche in ‘Les Miserables’. He is well-known for several other outstanding performances. Currently, he is working as Dustin Henderson in famous Netflix horror drama series titled ‘Stranger Things.

Matarazzo is also hosting a Netflix show called ‘Prank Encounters’. He is a multitalented kid, best known for his distinct smile. He is also the indie rock band called ‘Word in Progress’. He has established himself as an amazing singer and actor at such a young age. It won’t be difficult for him to explore new opportunities after reaching the age of adolescent. He has already been working on prominent projects. Early debut in the professional acting world helped him in establishing good contacts with other celebrities. He was born and raised in Little Egg Harbor Township, near New Jersey, United States.

Gaten is a kind-hearted child who always thinks about the betterment of other people. He makes the best use of his platform to create awareness about CCD or Cleidocranial Dysostosis. He also works as a fundraiser for CCD Smiles, which is an organization helping people to cover expenses of oral surgeries. The young and talented boy has begun his T-Shirt line in the United States. According to Gaten, he will be using the earned profit to help people with CCD. He will be using the money to create awareness and help people who have been diagnosed with CCD.

Who are Gaten Matarazzo's Parents?

Matarazzo was born on Sep 8, 2002, in Little Egg Harbor, New Jersey. He has a younger brother and an older sister. He enjoys a good time with his siblings at home. His sister and brother have appeared in television commercials. The entire family of Gaten belongs to Italian descent. He has been diagnosed with CCD (Cleidocranial Dysplasia). This is the disease that he shared in his character while starring in the ‘Stranger Things’. He has to use dentures due to his medical condition. The little guy makes the best use of his popularity to create awareness about this birth defect.

The names of his parents are Gaten Matarazzo Senior and Heather Matarazzo. His mom is pretty active on social media and encourage all the kids to perform well even with their disabilities. She often calls herself the ‘Broadway Stage Mom’ on her Twitter account. At the beginning of his professional career, Gaten had to travel regularly from New Jersey to New York City. In one of his interviews, Matarazzo told that his sister ‘Sabrina’ inspired him to appear in musical theater. Sabrina is also a good actress and singer.

Gaten’s career is full of accolades and achievements. He entered the world of acting in 2011 when he worked as Benjamin in ‘Priscilla, Queen of the Desert’ at Palace Theatre, Broadway. He began his professional journey as a stage artist. In 2014, he portrayed Gavroche’s character in ‘Les Miserables’ at the Imperial Theatre, Broadway. In 2018, he worked as Jean Michael in a stage show titled ‘Cinderella’ at Pinelands Regional Thespians. Recently in 2019, he appeared as Jack in a musical titled ‘Into the Woods’ at Hollywood Bowl, LA.

Gaten has a very strong reputation when it comes to talking about his television presence. In 2015, he portrayed Finn’s character in the crime thriller TV series titled ‘The Blacklist’. It was premiered on NBC television network on Sep 23, 2013. In 2016, he worked as Dustin Henderson in science-fiction horror TV series ‘Stranger Things’. He is still working in this particular television series due to wide popularity. In 2017, he got featured in a couple of projects titled ‘Ridiculousness’ and ‘Lip Sync Battle’. In 2019, he became a part of comedy web TV series ‘Prank Encounters’. He is serving as a host of this television show.

In 2019, he portrayed Bubba’s character in the animated thriller ‘The Angry Birds Movie 2’. He voiced for one of the characters in this movie. The entire animated comedy was based on Rovio Entertainment’s world-famous game series. It was created after a mutual collaboration from Sony Pictures Animations, Rovio Animation, and Columbia Records. It turned out to be a great commercial success and added more to Gaten’s rising popularity. Today, he has become a world-famous child star with millions of social media followers from all over the world. The amazing child has also made a couple of guest appearances in music videos from famous music artists. He got featured in ‘Swish Swish’, and ‘Lost Boys Life’.

Gaten’s personal life is full of care and kindness. He was born with a birth defect called CCD or Cleidocranial Dysostosis. People born with this particular disease experience defected teeth and bones. The spirited boy started to create awareness about the disease instead of feeling embarrassed. He raised funds for CCD Smiles and helped people who needed money for a mouth surgery. He is a very kind-hearted young boy who always looks after others without expecting anything in return. His sister also joined him to create awareness and raise money for the nonprofit organization. Gaten is too young to fall in love with someone special. He is enjoying life as a sweet little kid and paying attention to his studies and professional career.

What is Gaten Matarazzo's Net Worth?

Matarazzo gained critical acclaim after joining the American entertainment industry. He became famous due to his distinct personality and amazing acting skills. He has shown his fantastic skills in the 2019 movie titled ‘The Angry Birds Movie 2’. He worked as a voice-over artist and made fans feel entertained. Gaten also appeared in some exciting television series. He also works as a host for a television show called Prank Encounters. According to the recent figures, Gaten’s estimated net worth is $4 Million. He is one of the well-off child artists from the United States. 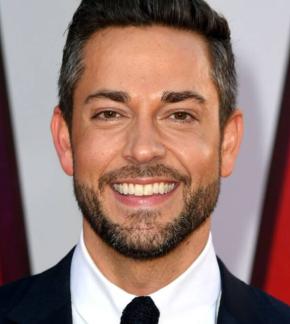 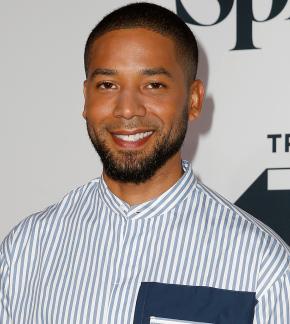