Macarena Achaga who was born on March 5, 1992 is an Argentinian model, actress and singer. She is famous for her photoshoots for many popular fashion magazines, including Cosmopolitan, Marie Claire, Elle and Instyle. As an actress, Macarena's most notable appearances were in the Mexican television drama Gossip Girl: Acapulco and the Nickelodeon comedy musical Miss XV: Sueña Princesa.

Who are Macarena Achaga's parents?

The future sensation was born and raised in Mar del Plata. She comes from a family of architects. Her parents' names are Leopoldo and Soledad. Macarena's only sibling is a brother named Santiago Achaga who is an actor and influencer.

Macarena started her modeling career when she was a teenager. She got a contract with the Buenos Aires model agency Pink Models Management. It works both with national and international clients, which has allowed Macarena to become a successful model. She appeared both in fashion and commercial shots. Macarena worked in Argentina, Mexico and France. Later, she also was represented by the Multitalent Agency. As an actress, Macarena has starred in many television shows and several films. They include the biography series Luis Miguel: La Serie, the thriller El Candidato and the miniseries Juliantina. Macarena is also a singer. She was a member of a pop band called Eme 15. The star has appeared in the music video for Colombian singer Camilo's song Ropa Cara.

Does Macarena Achaga have a boyfriend?

At the moment, Macarena Achaga is single. In early 2014, she and soap opera actor Sebastian Zurita announced that they were in a relationship. Unfortunately, the celebrity couple split up at the end of the year. They decided to keep the reason behind their break-up private. After that, the model was romantically linked to YouTube sensation Juanpa Zurita, but neither of them confirmed the rumors.

How much is Macarena Achaga's net worth?

Macarena Achaga's net worth is approximately estimated at around 1-5 million dollars as of 2022. 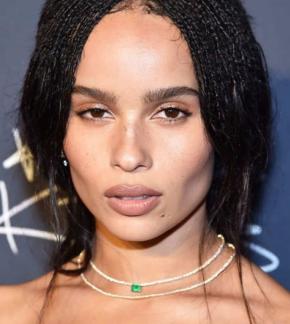