Zoe Isabella Kravitz is professionally known as Zoe Kravitz. She is a prestigious model, actress, and singer from the United States of America. The glamor girl is also famous for being the beloved daughter of famous actress Lisa Bonet and musician Lenny Kravitz. Her parents are prominent personalities of the American showbiz world. The charming girl entered the world of acting through her debut in comedy-drama movie titled ‘No Reservations’. The film was launched in 2007 and it proved to be a successful acting project for the newbie at that time.

In 2011, she further garnered critical acclaim via her breakthrough character as Angel Salvadore that she portrayed in superhero movie ‘X-Men: First Class’. After this life-changing role, she started to get back to back noteworthy acting opportunities in different films and television series. She is also well-known for other roles that she played in Mad Max: Fury Road and Divergent Series. The stunner has played supporting and leading roles in many hit movies. She has been constantly working in the film industry since her debut in 2007.

The beautiful model, talented actress and soothing singer was born and raised in Los Angeles, California, United States. She is relative to many famous personalities of the American entertainment industry such as Al Roker (father’s cousin), Roxie Roker (paternal grandmother), Leonard M. Kravitz (great-uncle), and Jason Momoa (stepfather). She tied the wedding knot with dashing American actor, Karl Glusman, in 2019. She hasn’t mothered any child as yet. The spectacular celebrity currently lives in Williamsburg, Brooklyn, New York, with her husband. She frequently visits the rest of the family members in Los Angeles.

Who are Zoe Kravitz's Parents?

Zeo took her first breath in Venice, Los Angeles, California, on December 1st, 1988. She adorned the house of the prestigious actress Lisa Bonet and music personality Lenny Kravitz. Her parents are half Jewish and half Afro-Americans. The girl was born to a family that had no financial constraints. Both Lenny and his wife Lisa were enjoying a lavish lifestyle as a result of their money that they earned through their professional careers. Roxie Roker is the paternal grandmother of the talented Kravitz. Both Roxie and Allen Bonet came from African American ancestry. The entire family has famous personalities who accomplished different achievements in their relevant fields of life.

Parents of the skillful actress married each other in 1987, but couldn’t live together for long. They filed divorce after six years of marriage in 1993. Kravitz was just 5-year old when her parents parted their ways. It was a very shattering time for the little girl as she couldn’t understand what was going on. After the separation, Zoe began to live her life with mother Lisa in Topanga Canyon. After living there for a few years, Zoe switched to Miami at the age of 11 to enjoy the company of her father. She used to spend the entire summers with her beloved mom.

Kravitz’s mother, Lisa Bonet, remarried to actor and famous media personality Jason Momoa who played the world-famous role of Aquaman. As a result of this marriage, Zoe got a half-brother named Nakoa-Wolf and a half-sister Lola Lolani Momoa from her mother’s side. The prestigious movie producer Bruce Cohen worked as godfather of Zoe. He looked after the amazing beauty and taught her important lessons that later helped her in achieving goals in professional life. American actresses Cree Summer and Marisa Tomei served as godmothers of Kravitz.

She took her educational start from the Miami Country Day School located in her hometown and then switched to Rudolf Steiner School situated in Manhattan, New York. She completed her graduation from the latter in 2007. She learned acting skills from the State University of NY at Purchase. Just after one year, she said goodbye to her college and moved to Brooklyn in order to pursue her career in movies. The talented beauty has suffered from bulimia and anorexia throughout her high school until she reached 24.

Zoe launched her debut studio album titled ‘Calm Down’ on Oct 21, 2014, via Innit Recordings. It was made available in different formats such as LP, digital download, and CD. It was well-received within the country and even in other major countries such as Australia, the United Kingdom, and Canada. She also rolled out a couple of extended plays in her professional singing career. Her first EP was titled ‘Lolawolf’, which got released on Feb 4, 2014, through Innit Recordings. It was made available in the form of the digital download. The 2nd extended play of the lucky girl was titled ‘Everyfuckinday’, which released on Jun 23, 2015, via Innit Recordings.

Aside from the studio album and EPs, Zoe has launched numerous exciting and chart-topping numbers such as AYO, Summertime, Baby I am Dyin, Drive, Jimmy Franco, Teardrop, and Wanna Have Fun. She also made dazzling guest appearances in albums of famous American music artists such as Drake, Slim Jxmmi, and Janelle Monae.

Zeo fell in love with American actor Penn Badgley and both of them remained in a relationship from 2011 to 2013. Later on, in 2016, Kravitz started dating her current husband Karl Glusman. After a 3 year long engagement, the couple married on Jun 29, 2019, at Zoe’s father’s house located in Paris, France. The couple is enjoying a peaceful life together with no issues reported.

How much is Zoe Kravitz's Net Worth?

Kravitz opened her eyes to a financially well-off family. Her parents were already working in the entertainment industry. She didn’t face financial calamities ever in her life. Parents of the rich girl always supported her until she stepped into the professional world of acting and singing. She has worked in numerous movies and television series. Furthermore, she has a successful career in the American music industry. She made remarkable guest appearances in a few famous music albums as well. After working a lot in different sectors of the American showbiz industry, she has accumulated a net worth totaled the US $8 Million. 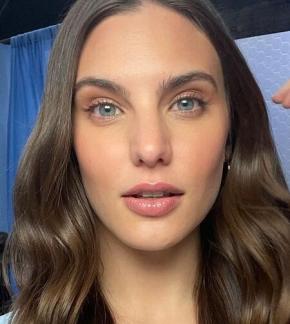