Who is Pressley Hosbach?

Pressley Hosbach is a reality television star, professional dancer, actress, singer, model and social media influencer from the United States. She is the daughter of TV celebrity Ashley Hosbach, who became famous after participating in the Dance Moms reality show. Pressley is represented by the Slash MGMT talent agency. She starred as Roxie in the Stage Fright and Attaway General TV series. Pressley has managed to gain massive audience on her social media:

Pressley is known for her blond locks, superior dancing skills and strong work ethic. She can be found online under the handle @pressley.

Who are Pressley Hosbach's parents?

Pressley Isabella Hosbach grew up in Florham Park, NJ. Her birth date is October 10, 2006. She was raised by her mother, Ashley Hosbach, who owned a dance studio. Pressley's father is Eddie Hosbach. She also has a younger half-sister, Grace.

Pressley basically grew up in her mother's dance studio and started dancing at the age of two. She became proficient in different styles, but her favorites are Hip-Hop, Jazz and Lyrical.

Pressley also trained at Abby Lee Dance Company, and prestigious Steps on Broadway in NYC. She was catapulted to instant stardom after appearing on season 8 of popular Dance Moms reality series in 2019. Her solo dance, "Flower Child," was well-received by the audience. During the show, Pressley was tutored by professional choreographers Mollee Gray, Blake McGrath, Guy Amir, and Gianna Martello.

Pressley has a budding career in television. She has acting credits in New Amsterdam, Attaway General and Stage Fright. She also models for various activewear brands.

Is Pressley Hosbach in a relationship?

Pressley had a small crush on Brady Farrar, who also appeared on Dance Moms.

How much is Pressley Hosbach's net worth?

Pressley Hosbach's net worth is approximately estimated at around $1.2 million in 2022. 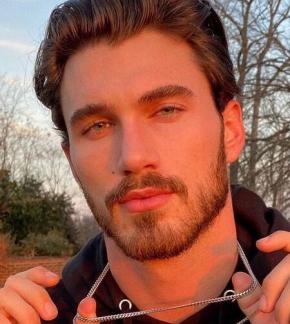