He's an American real estate agent who became a TV and social media personality. He was born on July 20, 1998, in Knoxville, Tennessee and spent his childhood there. Then, Michael relocated to Los Angeles for the sake of his modeling career.

Who are Michael Yerger's parents?

His dad's name is Chris. His mom's name is Zarah. His sister's name is Molly.

In 2017, he posted an Instagram tribute to his mom.

Michael got catapulted to stardom thanks to the Survivor: Ghost Island reality show. He competed in its 36th season in 2018. He was the youngest participant and he was quickly voted out of the show.

Michael makes money as an underwear model. Kult Models, Ford Models and LA Models have represented him. In some pictures, he's posing together with Alessandra Ambrosio. His photos were published in Scout and Bello magazines.

You might have seen him on the screen in the Bionic – Mclaren science-fiction short film.

Is Michael Yerger in a relationship?

In 2020, he began dating Daisy Keech, an Instagram celebrity and a fitness guru. Previously, he used to be romantically linked to Melissa Reich and Nikita Dragun. The latter is a trans person. She left Michael because he was allegedly cheating on her.

How much is Michael Yerger's net worth? 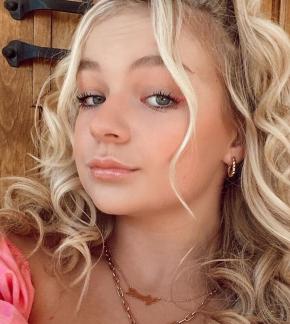