Lea Michele Sarfati, professionally famous as Lea Michele, is an amazing singer, actress, and dancer from the United States of America. She stepped into the acting world as a child artist. She began her showbiz career from Broadway and made stunning appearances in television shows such as Les ‘Miserables’ and ‘Ragtime’. Lea became the first person to portray the character of Wendla in the musical play ‘Spring Awakening’. Now, she plays the lead role of Rachel Berry in the sought-after Fox TV series called ‘Glee’. Michele achieved so many great things in life through her exceptional acting and singing talent.

She grabbed the attention of folks from around the world. The amazing acting skills helped her earn prestigious awards such as Satellite Awards and People’s Choice Award. Aside from her allure in the showbiz industry, Lea is pretty much active in supporting gay and animal rights. She has been spotted at various humanitarian events and concerts. She remained in news for being an alleged relationship with co-star Cory Monteith. The girl gained critical acclaim for her hit music albums. Two musical collections of Michele went beyond expectations and helped her gain global recognition in no time. They were titled ‘Places’ and ‘Louder’.

Michele has a great interest in book writing. She has written numerous books on different topics. They are worth reading when you wish to read something productive and motivational. A couple of books that garnered great popularity are titled ‘You First’ and ‘Brunette Ambition’. She began appearing on the television during her high school days. She lives in Tenafly, New Jersey, United States with other family members. Michele has been achieving so many fantastic things in life since her debut in 1996.

Who are Lea Michele’s Parents?

Michele opened her eyes to father Marc Sarfati and mother Edith Sarfati on Aug 29, 1986. She was born and raised in the Bronx, New York City. Mother of the impressive lady served as a nurse while her father was a deli owner. Lea’s mom is a Roman Catholic and comes from Italian ancestry. She openly speaks about her Italian-American identity. On the other hand, the father of the actress is a Sephardic Jew from Spain.

Michele most of her childhood days in New Jersey and New York City. She attended the Rockland County School in NY and remained homeschooled for a whole year during her stay in Toronto, Canada. She also attended the Stagedoor Manor, which was a performing arts center. She learned acting skills there and developed confidence to perform on stage.

Lea is one of those successful American actresses who enjoy a prestigious acting career. She worked in many wonderful television series and big-screen movies. The splendid lady has millions of fans from around the world. In 1998, she portrayed her debut voice-over character as ‘Christina’ in a movie called ‘Buster and Chauncey’s Silent Night’. Two years later in 2011, the girl appeared in a concert film ‘Glee: 3D Concert Movie’ and portrayed the character of Rachel Berry. The same year she worked as Elise in another film titled ‘New Year’s Eve’. In 2014, the talented actress worked as Dorothy Gale in a movie called ‘Legends of Oz: The Dorothy’s Return’.

She has successfully appeared in more than a few television shows. In 2000, she started her television career by appearing as Sammi in show called ‘Third Watch’. From 2009 to 2015, she played the leading role of Rachel Berry in a musical comedy-drama show ‘Glee’. Lea worked in 118 episodes and proved her exceptional acting talent. This show helped her build a massive reputation beyond the United States. In 2010, she worked as a voice-over artist for the hit adult animated show titled ‘The Simpsons’. She voiced for the character of Sarah in an episode titled ‘The Elementary School Musical’.

In 2011, Lea showed her fabulous voice-over skills in an animated sitcom titled ‘The Cleveland Show’. The next year in 2012, she appeared as a guest mentor in ‘The Project Glee’. In 2014, she worked as Gertie in a television show called ‘Sons of Anarchy’. Other prominent television projects of the stunner include ‘Scream Queens’, ‘The Mayor’, ‘Dimension 404’, ‘American Idol’, and the ‘Same Time, Next Christmas’.

You must have heard a lot of gossips about the relationship between Cory Monteith and Lea Michele. Actually, both of them were in love with each other. Cory died at the age of 31 in an unfortunate incident. Both Cory and Lea were about to tie the wedding knot when the former left this world. Sources have confirmed that their wedding ceremony was in the planning phase. They had a great love for each other, which urged them to get into the beautiful relationship of marriage. The duo was spotted on many occasions, and shared beautiful moments together.

Who is Lea Michele Engaged to?

The famous television celebrity and Glee star, Lea Michele, is engaged to handsome Zandy Reich. The actress announced their engagement officially through her official Instagram account. She shared a photo of both sitting together. She also posted a picture of her 4-carat engagement ring to let her fans know about the beautiful engagement ceremony. Both of them have been dating each other since 2017. Finally, they decided to get into an official relationship. There is no information available about their upcoming marriage ceremony.

How much is Lea Michele's Net Worth?

Lea Michele surfaced a stunning actress especially after her lead role in the sought-after television series ‘Glee’. She worked in many successful television series and movies. The primary sources of the pretty woman include singing, songwriting, and acting. She has also served as a voice-over artist in the past. The amazing acting and singing talent helped her win the prestigious awards at different award shows. She is also an exceptional dancer, but she seldom shows her charismatic dance moves. She owns an accumulated net worth of $12 million. She receives $80,000 per episode for television projects. 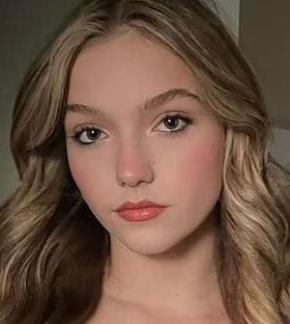