Emmitt Smith is a glorified American football player with an amazing track record and a very formidable play throughout his career. He has set down quite a number of records in football history during his time. Aside from his field abilities, the star is also a renewed businessman with quite a number of successful enterprises.

Why is Emmitt Smith famous?

The star was born as Emmitt James Smith III in May 1969. He was brought up in a very loving family in Florida US. His parents are Mary and Emit James Smith II. Emmitt has a brother named Emory. Smith’s nickname growing up was “Scoey” after his mother’s favourite comedian Scoey Mitchell. This was also a way to distinguish him from his father and grandfather whom they share the same name. The star went to Escambia High School.

From such an early age, he quickly showed great talent and even became the second–leading rusher in football history in an American high school. After high school, he went on to the University of Florida and joined the Florida Gladiators for three years where he set numerous rushing records. His family was not that financially stable and sometimes he had to do side jobs to support the family while trying to balance his football career at the same time.

At Escambia high School, he played for Escambia Gators. While there, he was very detrimental in the team’s win of the State football championship. At that time, he held the yardage record in American games at High School level. He displaced the existing 2,000 yard rushing-record at the time. James also competed in track fields and he was part of the 4x100 relay team too.

In 1986, he was The Player of the Year for USA Today and Parade magazines. Even with his record at high school level, some critics were skeptical about his future because of his small stature and his speed, arguing that he wasn’t fast enough to make it past high school football.

After High School, Smith scored a scholarship owing to his prowess on the field and proceeded to Florida University. He did a short stint with the Gators at the time. The first two games were the only ones he wasn’t in the starting lineup. During his first game at college he displayed a splendid performance that saw him securing a permanent position on the team. During the first year Smith managed to break a couple of records including a 6 decades old rushing record in a single game.

At one point, he got a knee injury which resulted in a rare loss for the team for several games all in which he was unable to play. After his recovery, the Gators started winning again. At the end of his college football career, Smith had 58 records to his name. Smith was selected in 99 for the first-team SEC and dubbed the SEC player of the year.

In 1990 he joined the Dallas Cowboys which was his childhood dream team. He was only able to start 15 games and was subsequently dubbed NFL Offensive Rookie of the Year. This was mainly due to an impressive 937 yards rush coupled with a satisfactory 11 touchdowns. In 92, he managed to scoop up the Super Bowl. He also grabbed the League’s rushing title and went on to be the only player ever to secure both titles and awards in just a single season. In 93, Smith became the highest paid running back in the League. This was after the Cowboys lost their first two games in his absence. He later on helped them to win the Super Bowl, becoming the first team to do so after starting the league with two defeats.

In 1995, he again set a record for a 1400 yard rush in a string of 5 consecutive seasons. In 96 he became the youngest player to get 100 touchdowns and at the same time surpassing 10,000 career rushing yards. In February of 2003, Smith was let go by the recently appointed Cowboys lead man Bill Payton. The coach was known for his ageism habits and younger players’ preference tendencies. Shortly afterwards, he accepted a deal with Arizona Cardinals. After a glorious career, Smith retired in 2005 from the NFL. Some of the notable skills that Smith possessed and which made him a favorite with such impressive achievements was his excellent vision, powerful legs and tremendous balance.

Who is Emmitt Smith married to?

Emmitt had a girlfriend; Hope Wilson with whom they had a baby girl named Rheagen Smith who was born in November 1998. Whilst at the Aruba music festival, he ran into Patricia Southall and they started dating. Patricia is former Miss Virginia and was once married to the comedian and actor; Martin Lawrence. Smith and Patricia got married in 2000. Together they had three children; Emmitt, Skylar and Elijah. Smith also inherited a step daughter with this union from his wife’s former marriage to the popular comedian.

What is Emmitt Smith's net worth?

Emmitt Smith is worth $18 million dollars. Much of his income came from his outstanding football career. He also worked as a Football analyst for ESPN and NFL Network TV channels. Smith is also involved in the real estate business and he cofounded the ESmith Legacy with his former team player Roger Saubach. In addition, he has a company which majors in the construction of commercial buildings. 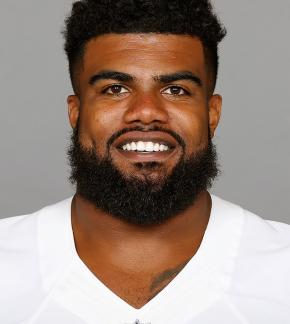