Elizabeth Reaser is a movie, television and stage actress who appeared in The Twilight Saga as Esme Cullen. She appeared in dozens of movies, dramas, and theatres. The notable roles include Athena in Stay, Inge Altenberg (young) in Sweet Land and Laurie Perkins in True Detective. She formally began her career after graduating her bachelor’s in fine arts. And she made her first appearance on the screen in a TV drama Sports Theatre with Shaquille O’Neal.

Well, Reaser was born as Elizabeth Ann Reaser in Bloomfield, Michigan on just two days before the US Independence day in 1975. She is very dedicated to her line of work. Before acting a role, she observes that category to be acted. Like when she was cast for the TV Drama “Save”, she went into a hospital and observed the behavior of the medical staff. Such dedication has earned her the Newport Beach Film Festival award.

Reaser was born to Karen Davidson and John Reaser. Her mother was a homemaker and father was an attorney. He was also a restaurateur. The family was certainly an upper-middle-class with the orthodox approach. When Reaser entered her teens, her father’s business tends to decline and soon it failed. This forced the family to move into a poor locality in order to manage the livelihood. But that did not help that family a lot. Instead, her parents separated and divorced.

Later her mother married William Davidson, the owner of the Detroit Pistons and Tampa Bay Lightning. And now she is a billionaire. Well, Reaser was very much attached to her family and always shared her inspirations and ideas with her parents. This separation had a bad impact on her which she tried pulling off.

There are plenty of rumors about Reaser’s kids. But they are all just rumors, and there is no reality in them.

Where She Lives Right Now

Reaser spent some part of her childhood in Bloomfield. Later when her family’s financial condition was unstable, they moved to a village nearby. During her college days, she had been living in New York. Though it was initially allowed by her parents to live their alone. But later they let her pursue her studies in New York. After graduating she moved to Los Angeles to pursue a career. Presently she is often found in New York and Los Angeles. And she even visits Detroit, Michigan.

She is a reserved kind of a lady when it comes to her personal life. Most she prefers not to talk about her marital life, dating, and boyfriends. Even though there has been no one reported with whom she was found dating. Alongside she has been never spotted with anyone. But back in 2011, she was seen with Gavin Wiesen. A lot of folks rumored it as they were dating. However, she and Wiesen did not say anything about it. Could be running errands! Well, as of now, she is certainly single with no affair in her life.

How old is Elizabeth Reaser?

How tall is Elizabeth Reaser?

Reaser has an average height. She is 5 feet and 4 inches tall. And she weighs 48 kilos. Further, she has brown eyes and hair.

Reaser had never been in any sort of relations. This so said is based on her observed life as she has never been reported dating anyone. Nor she has been in a relationship with any person. When it comes to marriage, of course, she is not married. There are plenty of reasons linked to it. First, she prefers her career rather than living in a relation. And she experienced the divorce of her parents when she was a teen and had a very bad feeling for that.

For that particular role, she observed the hospital medical staff and their behavior so that she may fill the role with the exact feelings.

Who plays Ava in Grey’s Anatomy?

Ava in Grey’s Anatomy is played by Elizabeth Reaser., was the nickname for Rebecca Pope who was the victim of the ferry boat accident. The role appeared in Season 3 of the Grey’s Anatomy. Well, after she woke up after the accident, she started thinking that she is in relation to Alex Karev.

Further, in the next episodes, she presumed that she is carrying Karev’s kid. In the later development, she could be seen dating Karev, keeping it secret from her husband. 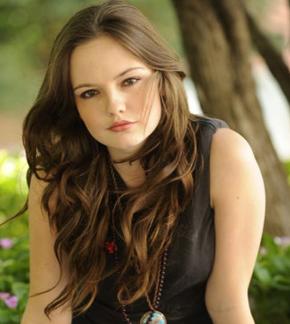