Lottie Moss, originally named Charlotte Moss, is one of the most adorable supermodels from Great Britain. She came to limelight after making a dazzling print appearance in Teen Vogue 2014 Issue. Moss used to support her family business by working at a vintage clothing store located in West Sussex. In 2014, she went to London Fashion Week alongside her beautiful sister. The impressive beauty has signed a contract with Storm Models Management. The girl is gaining quick popularity through Instagram and other social media platforms. She has more than 251k followers on her Instagram account only.

Moss is the younger half-sister of the charismatic model, Kate Moss. She made the first appearance for a test audition at the age of thirteen. Teen Vogue was the magazine that first published her official photoshoot. Lottie wore a stylish white and red striped sweater with a trendy red jacket. Soon after the print debut in Vogue, her full editorial got featured in the Dazed & Confused. The impressive model has worked for so many renowned brands and companies. She has run a promotional campaign for the prestigious Calvin Klein.

In 2015, Moss made her first catwalk in Sonia Rykiel winter/autumn show at the Paris Fashion Week. This turned out to be a turning point for the beautiful girl. The rising model didn’t get confused and marched pretty confidently down the ramp in a charming velvet dress, gunmetal handbag, and black booties. In one of her interviews, she gave credits to her older half-sister for pushing her into the fashion battlefield. Today, Lottie has made an exclusive identity not just within the United Kingdom, but in other prominent fashion markets too.

Who are Lottie Moss's Parents?

Moss took her first breath in London, England, on Jan 9, 1998. She was born to Inger Solnordal and Peter Edward Moss. She is the younger half-sister of amazing supermodel named Kate Moss. Her sister served as a source of inspiration when she was a little girl. She always look up to her sister and followed her fashion sense.

Kate is the child of Peter Edward Moss and his first wife known as Linda. The girl still enjoys life with her father and mother in Haywards Heath, West Sussex. The family owns a Toll House Shop located in Lindfield and they sell vintage clothes, homeware, jewelry, and food. Lottie used to help out her family in their business before stepping into the world of professional modeling. She appeared for a test shoot at the age of thirteen and initiated her career with Storm Model Management. The event was established by Sarah Doukas and Lottie’s parents. Sarah was the lady who discovered Kate Moss at the JFK airport in 1988.

Parents of Lottie wanted her to complete her education before starting her professional endeavor. She attended the Abbey College and the University of Oxford. However, her father supported her decision to get into modeling. He wanted his daughter to stand on her own feet to avoid financial calamities that other young people face in today’s world of economic chaos. She didn’t want to lose the opportunities that she received from the modeling agency.

Lottie started her modeling endeavor with debut at the London Fashion Week and a legit modeling contract with Storm Model Management. The girl is also dubbed as ‘Mini Moss’ by British media. Her older sister needs no introduction as she has already worked a lot in the industry. Soon after the official debut, the young girl began to make waves in the fashion world. The 18-year old star has become the face of ‘Botkier’, the famous US accessories label. She has also worked for Calvin Klein and several other prominent brands and labels.

In 2011, Lottie caught camera’s eye when the media spotted her presence on the wedding of her older sister with Jamie Hince. She was simply adorable at that time. After signing a contract with Storm Models, she has walked down the runway for Sonya Rykiel. Lottie’s appearance in Calvin Klein photo shoots made everyone stunned. Her modeling skills are awesome, just like the older half-sister. The girl has modeled for Dazed & Confused. According to the recent information, she has posed for the US Vogue alongside fellow US models Bella Hadid and Kylie Jenner.

In October 2016, Lottie began dating the handsome Alex Mytton. He is the famous personality from television reality show titled ‘Made in Chelsea’. Reportedly, both of them have been caught getting frisky with each other in a toilet at the local nightclub. In December 2016, the duo has spent holidays together in Barbados.

Alex’s ex-girlfriend named Jessica Woodley also joined the pair to enjoy the holidays. Unfortunately, things were not okay between the two. They welcomed a fight during a boxing match organized for charity purposes. According to alleged reports, Alex was found cheating on her pretty girlfriend. That’s the reason why both of them parted their ways. Lottie hasn’t married anyone as yet. She is focused on her professional career. There is no word available regarding her engagement or marriage.

How much is Lottie Moss's Net Worth?

Lottie Moss has established herself as one of the leading British models. She has become the front face of many renowned brands. The stunner has also walked for prestigious companies. She has worked a lot after signing a contract with Storm Model Management. Her older half-sister has worked for several years in the modeling industry. She has trained the younger sister and taught her all success secrets of the fashion world. Lottie has earned a massive reputation and a lot of money from her contracts. The glamor girl has worked in the UK, USA, and European countries. Today, she owns a total net worth of $75 Million. It’s no less than a huge accomplishment to pile up such a hefty amount at a young age. 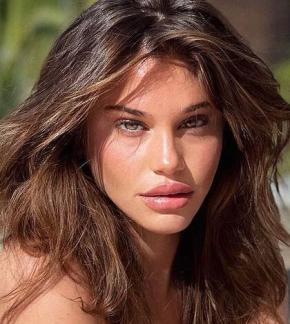