Max Holloway surfaced as an amazing mixed martial artist from the United States of America. He is also famous by his stage name ‘Blessed’. He is well-known for fighting in the featherweight category of UFC or the Ultimate Fighting Championship. He gained critical acclaim after winning the title of the UFC Featherweight champion. According to the stats declared on Dec 16, 2019, he is ranked number 1 in UFC Featherweight rankings and number 12 in UFC Proud for Pound Rankings.

The guy with unbelievable martial arts skills was born and raised in Honolulu, Hawaii, USA. The 28-year old stunner entered the world of the professional fight in 2010. He has an amazing track record that’s pretty difficult for other fights to outshine. He has been a prominent part of team Gracie Technics. He has gained a purple belt in the Brazilian Jiu-Jitsu. Holloway has performed well in lightweight and featherweight categories. He has played 26 matches against tough opponents. The lucky guy has successfully won 21 matches and lost just 5. He won 10 matches by knockout, 9 by decision, and 2 by submission. On the other hand, Max lost 1 match by submission and the rest 4 by decision.

Holloway comes from Samoan and native Hawaiian ancestries. In 2010, he completed his graduation from the Waianae High School. Currently, he trains out of Legacy Muay Thui and Gracie Technics Honolulu. He practices hard to maintain his physique and strength. He works out under the guidance of Coach Darin Yap. The tough guy never compromises over his workout schedule. His unbeatable strength is what makes him the UFC champion at such a young age. Critics see him as one of the most prudent and technically strong fighters when it comes to talking about the mixed martial arts.

Who are Max Holloway's Parents?

Max Holloway was originally named as Jerome-Max Kelii Holloway at the time of his birth. His parents come from Samoan and native Hawaiian descent. The guy didn’t disclose any further information about his parents. He came to this world on Dec 4, 1991, in Waianae, Hawaii, USA. He went to Waianae High School and finalized his graduation in 2010. He was a student when began learning the advanced techniques of Kickboxing. He received proper training from Tactical Strength, Legacy Muay Thai, and Gracie Technics Honolulu. Max was always clear on becoming a professional fighter. He dreamt about beating the tough opponents. Finally, he saw the day when he fought against famous opponents and won the battle. There is no further information available about the family background of the American fighter.

Holloway’s professional fight career started with loss At UFC 193, where he got knocked out by Dustin Poirier. However, the passionate fighter didn’t take this loss to his heart. He got motivated to win the title in his next fights. On Jun 1, 2012, he fought against Pat Schilling and won the fight. Keeping on the tradition of outstanding victory, he won fights against Leonard Garcia and Justin Lawrence at UFC 155 and UFC 150 respectively.

The year 2013 proved to be very unfortunate for a fighter as he couldn’t win even a single battle that year. The same year he got defeated by Conor McGregor. In 2014, he made a striking comeback and defeated Will Chope through TKO which helped him earn the 1st Knockout of the Night. Later on, he fought and won against Akira Corassani and Andre Fili. In 2015, he won all matches without losing a single one.

On Jun 4, 2016, he fought and won the match against Ricardo Lamas. Continuing his winning spirit, the American fighter defeated Anthony Pettis. On Jun 3, 2017, he enjoyed a fantastic triumph against the opponent named Jose Aldo at the UFC 212. All of his fights are full of entertainment and thrill. He never compromises over his energetic efforts while fighting against the rival. On Apr 13, 2019, at UFC 240, Max fought against Dustin Poirier in a match for UFC Lightweight Championship (interim). Unfortunately, he was declared loser after a unanimous decision from judges.

On Jul 27, 2019, the spirited Holloway faced Frankie Edgar in a fight at UFC 240. Max was declared winner through a unanimous decision from judges. This time around he defended his featherweight title for 3rd time. On Dec 14, 2019, he attempted to defend his title fourth time in a fight against Alexander Volkanovski. Unfortunately, he wasn’t successful in defending his title and lost the match.

Who is Max Holloway Dating?

Max is a strong dude with an athletic physique. He has thousands of female fans from within the United States and all over the world. He attracted many women after stepping into the world of mixed martial arts. He likes to keep his life personal and that’s the reason he doesn’t talk about his private life publicly. According to information sources, he has been in a relationship with an unknown woman with whom he fathered a child. The name of his son is Rush Holloway. He has not been engaged or married to any other woman after his divorce with Kaimana Pa’aluhi. They married on Feb 14, 2012, but separated after two years in 2014. Both of them have joint custody of their son Rush.

How much is Max Holloway's Net Worth?

Holloway has established himself as one of the most inspirational MMA fighters during the last decade. He has fought many battles throughout his professional mixed martial arts career. He fought a total 26 fights thus far, out of which he won 21 and lost just 5. He stepped into the world of professional fighting in 2010. He has gained a lot of respect and money in ten years of MMA career. According to the latest information, he owns a net worth totaled $2 Million. 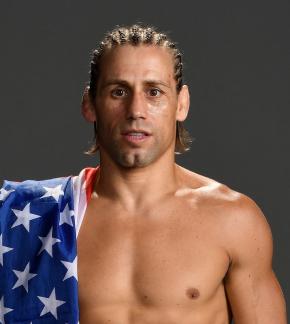