Who is Riyaz Aly?

Riyaz Aly is an Indian TikTok sensation, fashion influencer, actor and model. He is most famous for his lip-sync video content.

Who are Riyaz Aly's parents?

The TikTok star was born into a Muslim family in Jaigaon on September 14, 2003. Riyaz Aly is very close to his family and often shares photos of them with his fans. The influencer's mother's name is Shabnam and she is a housewife. His father's name is Afroz and he is a businessman. Riyaz's sister, Riza is also popular on TikTok. The siblings often record video clips together. Riyaz is very close to his sister. He once admitted that he owes his success to her. The family lives in Mumbai.

In 2017, Riyaz Aly began his career as an influencer by creating an Instagram account, where he usually posted videos. But the true success came to him after he signed up for the TikTok platform, where he made lip-sync videos of popular Bollywood and Punjabi songs. Riyaz Aly was the first Indian TikTok user who gained 20 million fans on the platform. As of March 2022, he had amassed 44 million followers. You can also find him on YouTube, Twitter and Facebook.

Is Riyaz Aly in a relationship?

Riyaz Aly is currently single. During different periods of his career, he was romantically linked to Indian actresses Anushka Sen and Avneet Kaur. The star has always denied the rumors, joking that he is married to his fans. We can conclude that at the moment he just wants to focus on his growing career.

How much is Riyaz Aly's net worth?

Riyaz Aly's net worth is estimated at around 2 million dollars currently. 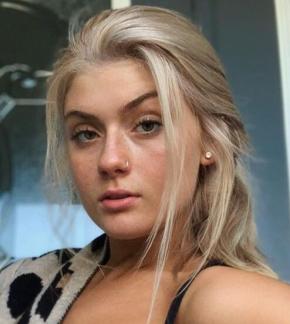