Miley Ray Cyrus or Miley Ray Hemsworth was originally named Destiny Hope Cyrus. She is one of the prestigious American entertainers. The girl rose to prominence with her appearance in the American television series called ‘Hannah Montana’. Initially, she worked in four hit big-screen movies and earned great prestige from all around the world. The girl is pretty much famous due to her captivating personality, innocent beauty, and the ability to act well. Aside from being an actress, Miley has also made an exclusive place with her exceptional singing abilities. Today, he is known everywhere due to her enthralling musical skills. The beautiful stunner has also written an autobiography that tells about her writing abilities as well.

She got the traction after working in minor television series such as ‘Big Fish’ and ‘Doc’. In 2006, she received her breakthrough role in all-time hit series ‘Hannah Montana’. In 2007, the girl rolled out her debut music album titled ‘Meet Miley Cyrus’. She received great recognition in the world’s music markets after launching her debut studio album. Other prominent albums of the singing sensation include Breakout, Bangerz, Miley Cyrus and Her Dead Pets, Younger Now and Can’t be tamed. All these albums contained spectacular songs which helped her gain appreciation from all over the world.

The beautiful girl is famous particularly for her singing, acting, and songwriting skills. She has been in the news for being in an alleged relationship with handsome men of the American entertainment industry. Music genres that Cyrus is famous for include dance, pop, hip hop, and country. Her music albums are based on these music styles. Apart from having amazing vocals, she can also play various musical instruments with piano and guitar on top of the list. The girl has signed to different music labels such as Hollywood, Walt Disney, and RCA. She has also performed many associated acts with other prominent entertainers such as The Flaming Lips, Billy Ray Cyrus, and Jonas Brothers. Miley has been proactively working in the American entertainment industry since 2006.

Why Did Miley Cyrus Change Her Name?

Some conspiracies have been revolving around regarding the name change of talented actress and singer. Most of the fans look dubious when it comes to talking about the real name of the celeb. First, she was nicknamed “Smiley” by her parents, but later they shortened the name to just ‘Miley’. This how the first name of the beauty was originated. She was named Smiley because the beautiful girl kept smiling all the time after her birth. In 2008, the American crush changed her official name to Miley Ray Cyrus. The middle name of the beauty honors her respectable grandfather, Ronald Ray Cyrus. He was a politician from the Democratic Party in Kentucky. At the age of 15, the actress was known everywhere as Miley Ray Cyrus. However, she changed her name from Miley Cyrus to Miley Hemsworth after tying the wedding knot with her love of life Liam Hemsworth.

Who are Miley Cyrus’s Father and Mother?

Miley was born on Nov 23, 1992, to singer and actor Billy Ray Cyrus and mother Tish Cyrus. Parents of the glamorous lady are well-known figures in the American showbiz industry. Her mother, before marriage to Billy, was known as Leticia Jean Finley. Very few people know the fact that Miley came to this world with supraventricular tachycardia, which is an unusually fast heart rhythm. Her birth with an abnormal heart rate caused a lot of stress to her parents. They were worried about the life and future of Miley. Both Billy and Tish named their daughter ‘Destiny Hope’, expecting that she would achieve awesome things in life.

Billy and Tish married secretly on Dec 28, 1993. Their marriage took place exactly one year after the birth of their beloved daughter, Miley Cyrus. She came to this world even before the wedding. The couple got blessed with two more adorable kids named Noah and Braison. Tish mothered two other children from her former romantic relationships. Their names are Trace and Brandi. Billy showed generosity and adopted his newly-wed wife’s children from other men. Billy fathered a son named Christopher Cody when he got romantically involved with a waitress in South Carolina. Cody grew up with his mother alone and didn’t receive acceptance from his father. Unfortunately, he works at a local electronics shop to earn a livelihood.

Miley rose to the horizon of the music industry when she rolled out her first debut album ‘Meet Miley Cyrus’ on Jun 26, 2007. The first-ever musical recording was launched by Hollywood Records. The first album of the singer was associated with her television series titled ‘HannaH Montana’. The second studio album of the personality was titled ‘Breakout’, which got released on Jul 22, 2008, through Hollywood Records.

Cyrus named her third studio album ‘Can’t Be Tamed’ and released it on Jun 18, 2010 again via Hollywood Records. This was the last album that she launched through Hollywood record label. Later, she signed to RCA Records music label. On Oct 4, 2013, Miley released her 4th studio album with the title ‘Bangerz’. The next three albums of the stunner were titled ‘Miley Cyrus and Her Dead Pets’, ‘Younger Now’, and ‘She is Miley Cyrus’. All three were launched in 2015, 2017, and 2020 respectively.

Miley has been linked with many dashing male personalities in the past. She had a close relationship with Nick Jonas, Demi Lovato, and Selena Gomez. Cyrus is a Pansexual person, who gets attracted to people regardless of their color, skin, or gender. She didn’t confirm her relationships with anyone except his long-time love Liam Hemsworth. The duo remained together in an off and on the relationship. After a long dating history, they finally got married on Dec 23, 2018. It was announced in Aug 2019 that both have parted their ways.

What is the Net Worth of Miley Cyrus?

Miley Hemsworth or Miley Cyrus has successfully launched seven full-length studio albums throughout her professional singing career. Her musical skills received great appreciation from all around the world. Aside from her singing sensation, the beautiful celeb has also worked in the film world. She embarked on more than a few fruitful promotional tours. The girl opened her eyes to a rich family, and that’s why she didn’t have to face any financial calamities in her early life. She owns a total net worth of US $160 Million. 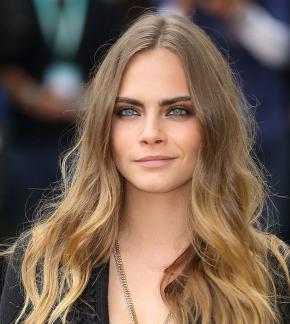