Cara Delevingne, originally named as Cara Jocelyn Delevingne, is a fabulous English actress, stunning model, and charismatic singer. The blue-eyed beauty is known for her mesmerizing beauty and spectacular personality. The girl was signed to Storm Management in 2009 after she left the school to pursue a career in the modeling industry. Storm Management is a famous British modeling agency located in Chelsea, London. The stunner has earned two ‘Model of the Year’ awards in 2012 and 2014. She received those unforgettable awards at the British Fashion Awards. As a model, Cara has worked for many renowned fashion agencies and labels including Scoop Models and IMG Models. The former is based in Copenhagen while the latter is a multinational modeling agency having headquarters in London, New York, and Milan.ё

Delevingne has successfully modeled for big brand names such as Oscar de la Renta, Burberry, Moschino, and Burberry. She grabs the attention of every eye while walking on the ramp during a fashion show. She has endorsed many renowned international clothing brands. After shining like a star on the fashion sky, the girl stepped in the broad world of acting. She started her acting career in 2012 when she portrayed the character of Princess Sorokina in the historical drama film ‘Anna Karenina’. In 2014, she appeared in a short film titled ‘Reincarnation by Chanel’. The same year she worked as Melanie in the British Psychological thriller ‘The Face of an Angel’. She has proved herself as a successful actress after shining on the fashion sky.

Cara is well-known by her noteworthy appearance as Margo Roth Spiegelman in the romantic movie ‘Papers Town’, released in 2015. She also got featured in the comic book movie titled ‘Suicide Squad’. She is also known for her relationship with Poppy Delevingne (sister) and Charles Delevingne (father). She has been working proactively in the showbiz world since her debut in 2009. The world knows the amazing lady for being an impressive actress, supermodel, and singer.

Who are Cara Delevingne’s Parents?

Cara was born on Aug 12, 1992, in the heart of Hammersmith, London, United Kingdom. She is the beloved daughter of Charles Hamar Delevingne (father) and Pandora Anne (mother). The father of the stunner is a property developer and a business tycoon. He is also the grandson of politician and lawyer Hamar Greenwood. The beautiful model was raised in Belgravia, London alongside her older sisters named Poppy and Chloe Delevingne. The name of his half-brother is Alex Jaffe, who comes from his father’s side.

Cara went to Francis Holland School (only for girls) located in Central London. At the age of sixteen, she got enrolled at Bedales School situated in teep, Hampshire. The school environment was very challenging for the innocent girl due to her dyspraxia. She was embarrassed and depressed at school due to her inabilities. She unveiled her embarrassing moments during the educational era in an interview with Vogue magazine. The model belongs to a family of renowned personalities. Most of the family members from her ancestry served in the government sector.

Delevingne began has modeling endeavor at the age of 10 when she modeled for Vogue Italia. This was her official debut in the world of fashion. Later on, she met with Sarah Doukas who was the founder of famous modeling agency ‘Storm Model Management’. Sarah asked her to sign a contract with her company in 2009. Cara has been modeling for the company since then. She has worked for many prestigious clothing brands and fashion agencies since her debut.

She walked on the ramp for the first time in February 2011 when the impressive lass walked at the London Fashion Week, wearing Burberry Prorsum Winter collection. Her catwalk as a young model was admired by the audience and even the critics. She has walked for many renowned fashion brands and clothing lines throughout her professional modeling career. In 2012, the girl also showed her modeling talent at the New York Fashion Week. She walked for Jason Wu, Donna Karan, Tory Burch, and Rag & Bone there.

Delevingne wore designer dresses created by different clothing lines and fashion designers. He helped many renowned brands achieve their success goals. The girl is the front face for well-known international companies. She takes a lot of care of her diet and fitness. Cara works out on a regular basis and also takes yoga classes to keep herself perfectly alright.

Cara started her acting career from 2012’s historical romantic drama movie titled Anna Karenina. It was created by Joe Wright, a famous director. She portrayed the character of Princess Sorokina in the debut film project. In 2014, she was given two wonderful opportunities to appear as an actress. First, she worked in ‘Reincarnation by Chanel’ and then got featured in ‘The Face of an Angel’. In 2015, the stunner surfaced as Margo Roth Spiegelman in comedy-drama movie ‘Paper Towns’. The script of the film was based on a 2008 novel written by John Green. The same year she appeared as Mermaid in the American fantasy movie ‘Pan’. It was written by Sir Jason Fuchs and directed by Joe Wright.

In 2016, the talented Cara worked as Viola in British drama movie ‘Kids in Love’. Other co-stars that accompanied the amazing girl were Preston Thompson, Will Poulter, Jamie Blackley, and Alma Jodorowsky. The same year she appeared as an Enchantress in superhero movie ‘Suicide Squad’. Other prominent film works by the stunner include Tulip Fever, Her Smell, Valerian and City of Thousand Planets, and London Fields. Delevingne has also surfaced as a television star. She appeared on a couple of famous TV shows such as Carnival Row and Playhouse Presents.

Cara is a lovely girl with a glamorous look and charismatic personality. She has a massive number of male fans from all over the world. She has attracted many stylish men from the British and American showbiz industry.

The supermodel is a bisexual person who was romantically involved with the musician Annie Clark. She confirmed her relationship with the stunner in June 2015. They lived together until their separation in September 2016. Later one, Cara was said to be in a relationship with a famous English singer known as Harry Styles.

How much is Cara Delevingne's Net Worth?

Both modeling and acting gave her a lifestyle that she dreamt of. The pretty girl enjoys a luxurious lifestyle with money that she earns from her professional career as a model and actress. She has worked with leading brands and walked on-ramp for many fashion designers. Today, the British star owns a net worth of $28 Million. 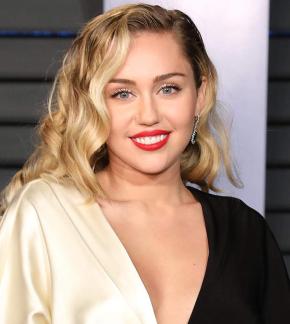