Tyler Blevins who was born on June 5, 1991 is an American social media celebrity and Twitch streamer. Professionally known as Ninja, he gained fame for his Fortnite gameplays.

Who are Ninja's parents?

The Fortnite player hails from Detroit, Michigan, but was raised in Chicago, where his parents moved when he was a baby. Ninja is of Welsh descent. His mother's name is Cynthia, and she occasionally features on her son's social media. Ninja's father's name is Chuck. The star also has two older brothers, John and Chris. Ninja and his family once competed in the game show Family Feud.

Tyler began participating in tournaments and competitions in 2009, when he was a Halo 3 player. He started streaming in 2011 and gained some attention, but became a sensation only in 2018, when he began playing Fortnite. By March 2018, he had amassed 3 million followers. In the same year, Ninja hosted a stream with Travis Scott and Drake, which set the record for the largest concurrent audience on an individual stream. As of June 2022, he had gained over 18 million followers on the Twitch platform. Besides Halo 3 and Fortnite, he also plays Valorant and League of Legends. The gamer is active on YouTube and Instagram as well. In 2019, Ninja appeared in the second season of the singing competition series The Masked Singer.

The streamer is married to fellow Twitch sensation Jessica Goch. They met at a gamers' tournament in 2010 and became good friends. Tyler and Jessica started dating only three years later. They tied the knot in 2017 and have been inseparable since then. Jessica is also Tyler's manager.

How much is Ninja's net worth?

The streamer's net worth is approximately estimated at 25 million dollars as of 2022. 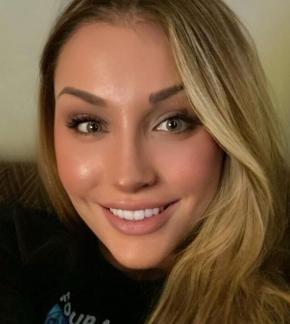